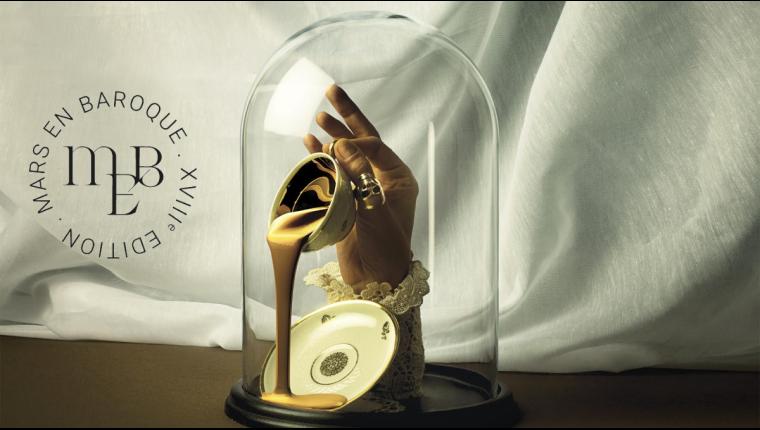 After moving into the "musician's studio" in 2019, Jean-Marc Aymes, artistic director of the festival, has created for this edition a program around the theme "of the music show". Since the Renaissance, it is in a particular place of residences that one practices or listens to music: music less lavish than that which can be heard during solemn feasts or large sacred celebrations, but more intimate, more touching, more moving.

The festival will open with the screening of the film "The Music Room", by the great Indian filmmaker Satyajit Ray, which tells the fate of an aristocrat willing to ruin himself for his love of music, followed by a concert of Indian music. This first day will be an opportunity to "revise his baroque" with a lecture by Patrick Barbier.

The first salon we will visit, with the Ensemble Coloquintes by Alice Julien-Laferrière and Mathilde Viale and Jean-Marc Aymes on harpsichord. We will enter Handel's living room, the immense soprano Sandrine Piau will sing in a chamber version some sublime arias of his operas, accompanied by the cello of Frédéric Audibert and Concerto Soave. Then The unique voice of Maria Cristina Kiehr and the lute of her Fellow Argentinian Ariel Abramovich will recreate this nostalgic and poetic atmosphere so special in the Spanish salons. The "Renaissance" salons will be in the spotlight, with the ornate singing of Romain Bockler on the music of Josquin des Près, and the subtle lute of Simone Vallerotonda for an evocation of Raphael.

The Baroque will not be outdone. There will be the unbridled baroque of the Donna Barocca, with an electrifying Hotel-God Concert, the Flemish Baroque full of humor and popular influences of Breughel's time with the Sonadori and the virtuoso and inventive female Baroque of Barbara Strozzi. The Namur Chamber Choir will transport us to the living room of Urban VIII with a new version of Allegri's Miserere. The Salon de Gesualdo, as proposed by the Musicatreize ensemble, and despite its title "Tomb", is directly open to the future. The creations of each period do not know the wear and tear of time: does not great music always remain relevant?

If there is one romantic composer who was a passionate admirer of Baroque music, it is Johannes Brahms. With the Army of Romantics, which renews our listening to this repertoire, it was essential to make a stop in the composer's living room, to hear two brilliant works of chamber music.
The festival also offers a concert outside the Walls in Saint-Mitre les Remparts in the Nostradamus lounge with Concerto Soave and Nicolas Lafitte reciting.

As every year the festival presents an Opera At the Théâtre de La Criée. This year a great moment of singing and emotion will be given by Concerto Soave and a group of brilliant young singers with a concert version of the opera Admeto, King of Thesaly, Handel, rare work, overflowing with the most brilliant of music

Claudio Monteverdi and Johann Sebastian Bach, the two immense composers who open and close the golden age of the Baroque, will be in the spotlight during the last weekend. In two concerts in the Cantor lounge, you will be able to hear the entirety of the first book of the well-tempered Keyboard. The next day, it is to one of the absolute masterpieces of music that the young artists of the National Conservatory of Music of Lyon tackle: the Vespers to the Virgin of the "Claudio illustriosis". In this masterful work, alongside the great choral psalms, the composer inserts concerti sacri, moments of sacred intimacy, so close to the vocal music that was practiced in Venetian salons.

Throughout the festival, lectures will of course shed light on different aspects of these shows, certainly musical, but not only.

To close the festival, the great Mezzo-soprano Stephanie of Oustrac will give two days of master class. The concert given by the young artists participating will certainly allow to discover, as in 2019, magnificent talents.
Detailed program to view or download below

Rates:
Free at 30 euros depending on the shows